May 2, 2019By admin
Spread the awareness

Asha workers of the State Government of Haryana are uniquely positioned to change the narrative in one of the worst affected areas when it comes to gender ratio at the birth imbalance. Abortion of an unborn child after sex selection before birth is a heinous act.

The gender ratio of Jhunjhunu in 2011, when the last census was held was 848. Mr Jain appreciated the voluntary efforts of SRKPS in association with ADF India’s VAnishing Girls campaign for spreading the awareness of the cause and for the implementation of the law.

Rajan Chaudhary, representative, SRKPS mentioned about the changes that the local community has gone through, including the young girls in cultural rituals otherwise meant for males of the society.

Adv. Anushree Bernard project manager of Vanishing Girls, Adv. Loreign and Ms. Temjeninla, media-personnel of the Vanishing Girls campaign took a workshop on women’s rights that was attended by 70 Asha workers of the area. 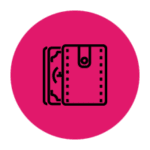 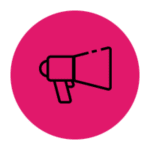